Meet Florencia Cirigliano, Powerhouse Extraordinaire, VP of Marketing at RedCoach, President of its Holding Company, and Member of the Board. Read our interview with her. 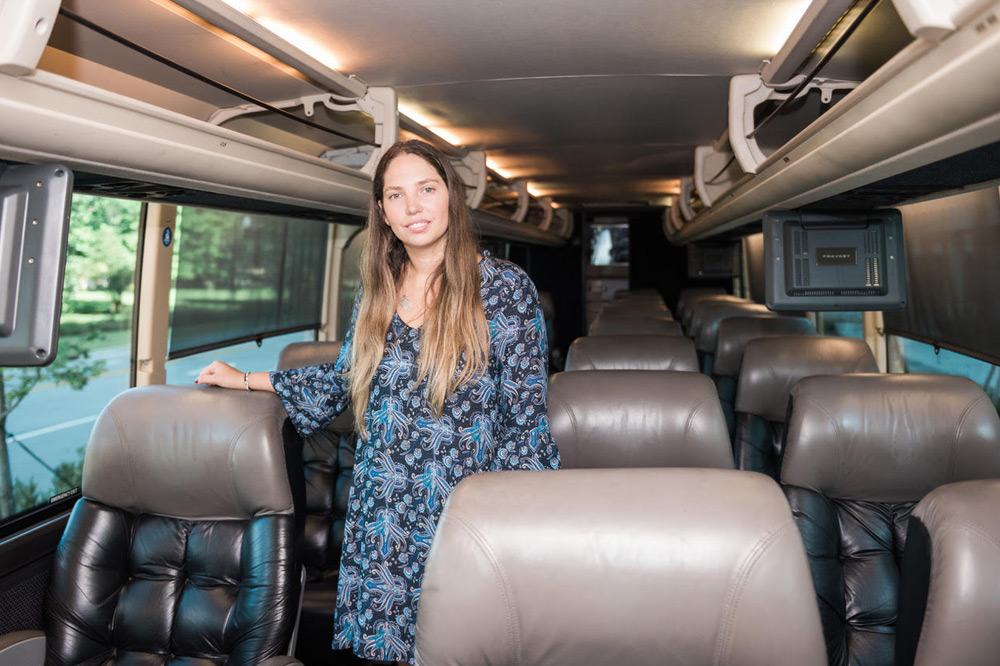 RedCoach is a pioneer in the emerging first-class ground transport industry. Their fleet of luxury Prevost coaches run regional schedules between cities in the US state of Florida.

Florencia and her family founded RedCoach in 2010.  She’s been at its helm every step of the way, taking the concept of luxury airline travel to the ground in their first-class coaches. Today her primary role is to oversee all branding and public relations for the company.

Her success in reimagining luxury coach travel and introducing it to travellers in the US has us inspired. That’s why we asked her to speak to us in part one of our Most Inspirational Women in Bus & Coach series.

We wanted to chat to her about her success and motivations, hurdles she’s tackled in the industry, as well as her role in the business. That and we wanted to know exactly what NBA Champ and RedCoach ambassador, Udonis Haslem, at 6 feet, 8 inches tall, thought of the RedCoach experience.

Let’s go back to the beginning. What was the journey like to get where you are today?

In 2009, I made the move from Argentina to Florida. At the time, the perception of bus travel in the US was that it was not exactly a refined way to travel. My family saw an opportunity to convince people who would typically fly or drive that the bus could offer a superior travel experience.

So, we started a luxury business with a brand-new fleet. I was 25 years old.

It wasn’t easy in the beginning, everyone said, “you’re not going to make it to Thanksgiving, Americans don’t get out of their car.” We only served between 2 and 10 passengers a month. People couldn’t conceive of the idea of ‘luxury’ in a coach bus back then, and we had to dramatically shift their perceptions and behaviour. 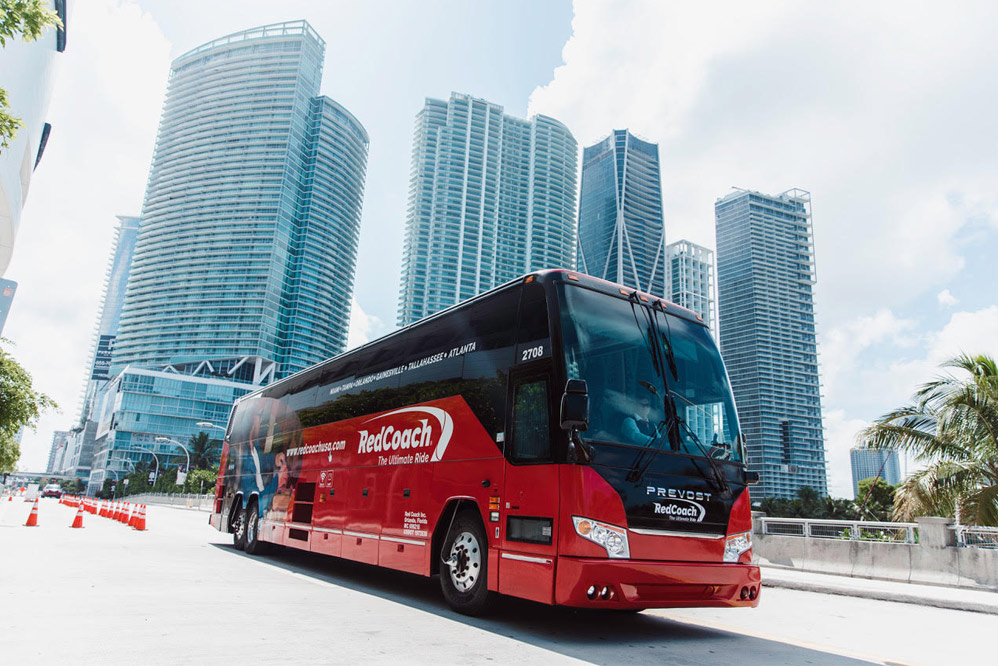 Buses were always like this. Our idea was to start from the beginning because we wanted to prove that bus travel could be comfortable.

That’s when we completely redesigned the whole bus. We took it from 54 seats down to 27 to make it more spacious and luxurious.

The word got out and our popularity grew.

We caught our first big break in 2011 when gas prices went up. The higher price of car ownership meant that people started to explore other travel options. Then in 2014 ridesharing started taking off, and even more people began exploring bus travel.

It was these two factors that pushed people to try us out. Our company finally started to see growth.

In one word, describe yourself.

Passionate – I am very invested and serious about everything I take on. I’m all in.

As a female leader in transportation, what challenges did you face on your journey to the top?

It was definitely tougher in the beginning as a woman. As an owner, I was in a privileged position, and that gave me leverage within the business. However, I was also young, Latino, and female. My team would think that I didn’t know the business. Even though it was never said to my face, it was obvious that they wondered what I had to bring the game. Typically people starting bus operations have some experience as former drivers or mechanics, which I did not have.

I didn’t pay attention to what everyone was thinking. My goal was to get passengers to their destination and provide a high-quality service. For me, it has been about gaining knowledge, working hard, and learning about the country and culture.

What do your customers love about RedCoach? What makes it unique? 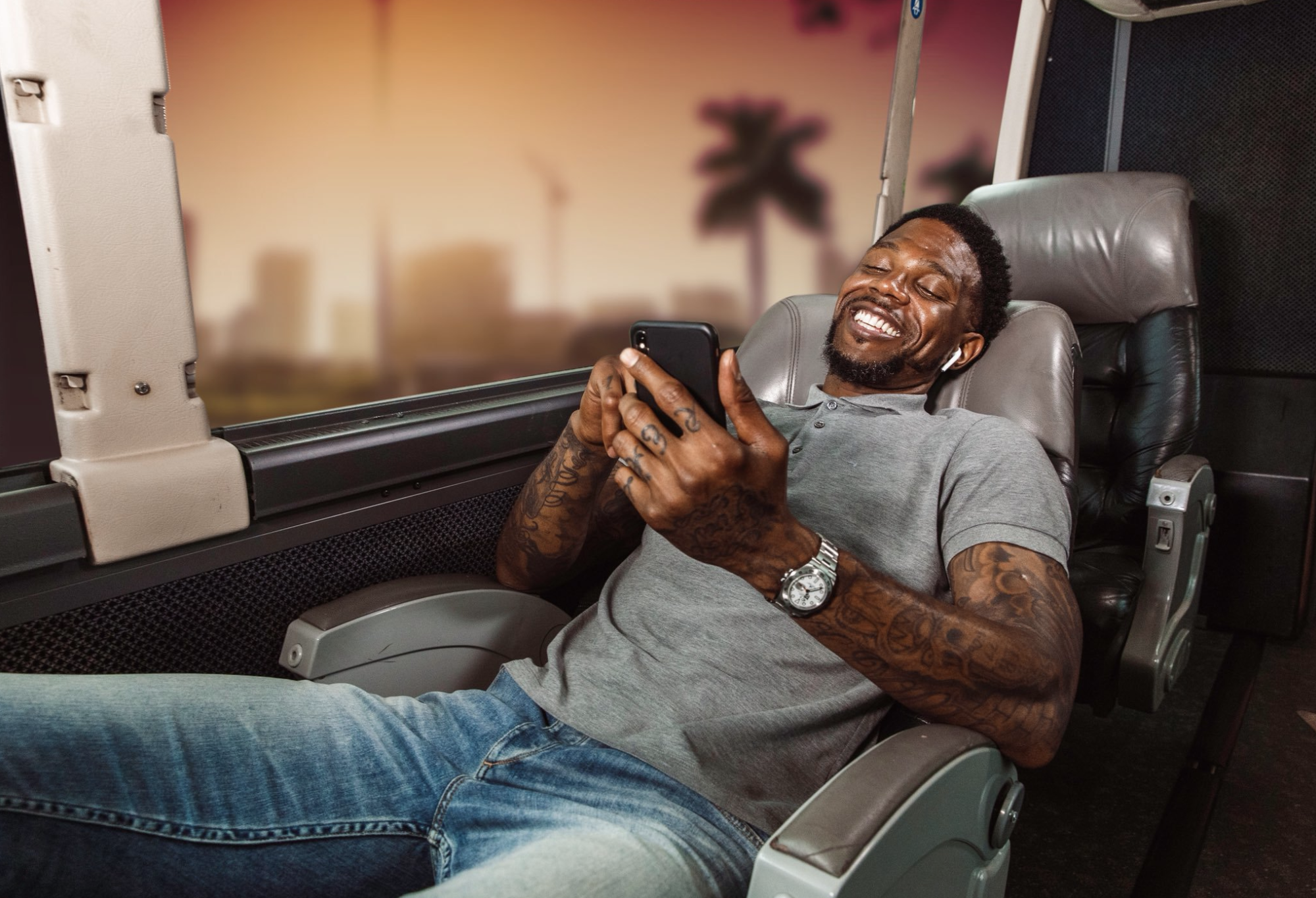 The comfort! People don’t understand it until they get on the coach, and I love to see their faces when they do. That’s when they realize they can get a better experience on our luxury liner, than going first class on an airline.

The second thing is our schedule. We don’t have that many stops, and we try to get our passengers to their destination as fast as possible.

With the rise of disruptive technology, what are some of the challenges you have had to tackle?

I find that the bus & coach industry in the US is not innovative enough. We always look at airlines and compare what they’re doing to our industry. As a result, we have a pretty robust system with things like reward programs and dynamic pricing.

At RedCoach, 70% of our customers go through mobile, and everything is developed with this in mind. That’s why we‘re currently developing an app to improve the experience and make it better. We have to as we have lots of millennial customers so the experience needs to be tailored to them.

With the transportation industry seeing a rate of change like never before, how are you innovating within RedCoach to move the company forward?

There’s so much more that can be done in the intercity bus industry. I come from Argentina where there are many bus operators, and the industry is much more developed than here.  In the US, Greyhound and Megabus are among the few brands most people recognize when they think of bus travel, but aside from these major players it still feels like a mom and pop industry. People don’t think of it in the same way they do airlines.

The industry in America needs to step up – there’s a population of over 300 million to move after all! 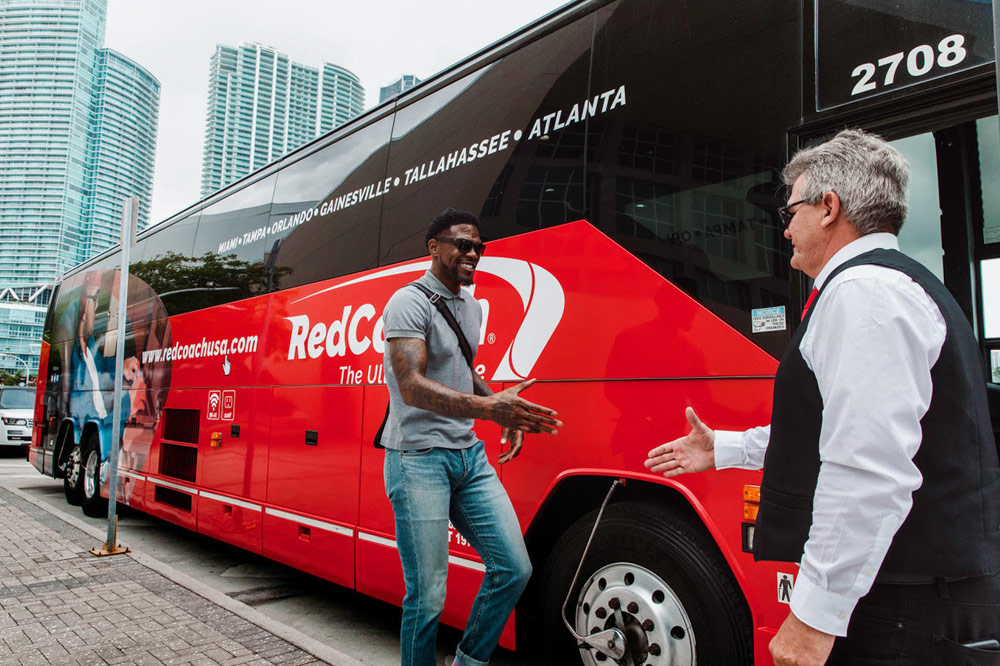 Do you have a key piece of advice that has helped you over the years which you would like to share with other aspiring female leaders?

I would say, don’t worry about what other people think of you. Stick to your plan and do what you think is right. Also, don’t waste your time thinking you don’t belong in this industry.  If you’re here, there’s a reason you were hired.

If you were to take a leap into the future after everything is said and done, what’s the one thing you want people to remember about how you shaped RedCoach?

I consider RedCoach my baby. I have invested many years of my life into changing perceptions and making people realize that luxury travel is affordable and possible.

I want people to see me as someone who has done the best for my customers, and I want RedCoach to be considered the greatest luxury bus operator in America. We’re getting there – from our start of 2 passengers a month, we now have 15,000. But, I’m not done yet, and I hope we can do much more here still. 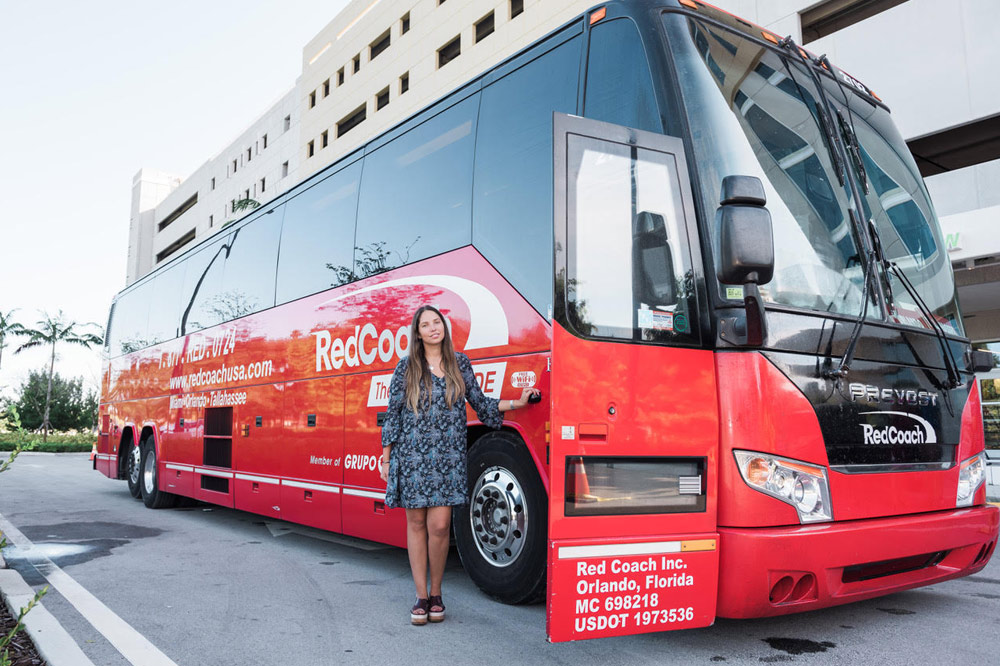 Lastly, what has been your most memorable travel experience?

I typically travel every week, and on one occasion I was travelling on one of my buses going from Miami to Orlando. Now I never mentioned to anyone that I worked at the company, but the driver got on the microphone and said, “welcome to RedCoach. I would like to let you know that the owner of the company is here.” While I was slightly embarrassed about being called out, I really got a sense that he was proud to work for the company.

Some of the drivers have been with me since the beginning, and we’ve become the RedCoach family. They even brought me presents when my baby was born!  That’s one bus experience I’ll never forget.

Thank you to Florencia for taking the time to share her journey and experience with us. With such strong leadership behind it, RedCoach is surely moving onto greater things!

Keep an eye out for the next part of our Most Inspirational Women in Bus & Coach series, where we’ll be interviewing another inspirational leader in the industry. Alternatively, sign up for the Ground Travel Gazette today to get the news delivered straight to your inbox.