Skip to the content
It’s been 156 years of the Tube, and in that time it has seen a couple of firsts. It was the world’s first underground railway, as well the first public transport system to accept contactless card payments. Today we are faced with another first. The world’s first terrestrial level passenger and cargo transit mode that can achieve airline speeds.

Once surreal and now so real, Hyperloop is no longer a pipeline dream – rather a tube in the making. The technology has caused a fair amount of hype, and the race is on to get the first system up and running commercially.

With several hyperloop tech companies in varying stages of prototype development, system design phases, and governmental negotiations to get regulatory paperwork signed off, it’s only a matter of time before it’s off the ground. 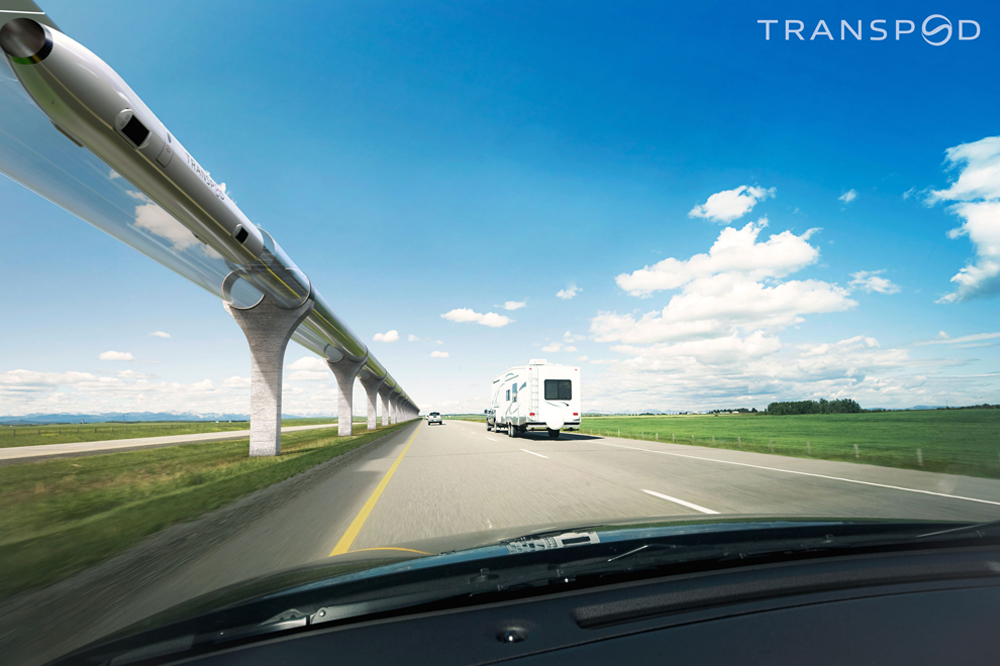 An Innovative Mode Of Transport

Although the concept of a vactrain is not new, it was Elon Musk that made the technology accessible to the world. With a great interest in the concept but not wanting to take his focus off SpaceX and Tesla at the time, Musk developed and then released a workable theory on Hyperloop to the world as an open-source technology.

Today there are a number of companies who have adopted and subsequently adapted it to fit their vision of creating a viable commercial mode of passenger and cargo transport.

At this stage, the names to watch include a Canadian-based startup, Transpod, the Los Angeles based Virgin Hyperloop One and Hyperloop TT. They’re not the only ones in the running, but they have raised the most funding and are going ahead with design implementation as well as testing prototypes.

Each of them has adapted the technology to a certain degree to give it their own spin, but overall, the concept of Hyperloop involves pods which use magnetic levitation to propel through a low pressure, near vacuum tube at high speeds.

Tubes will operate one way which means two lines will run alongside each other to accommodate directional flow between cities. They’ll be elevated above ground with segments underground or on ground level where needed.

Being above ground will make the system more resilient to earthquakes, move it out of the way of ground traffic, as well as lower the cost of land acquisition. And because the pods are enclosed, the systems will not be susceptible to delays caused by extreme weather conditions. All in all, we’re looking at an innovative and efficient mode of transport built with the future in mind. 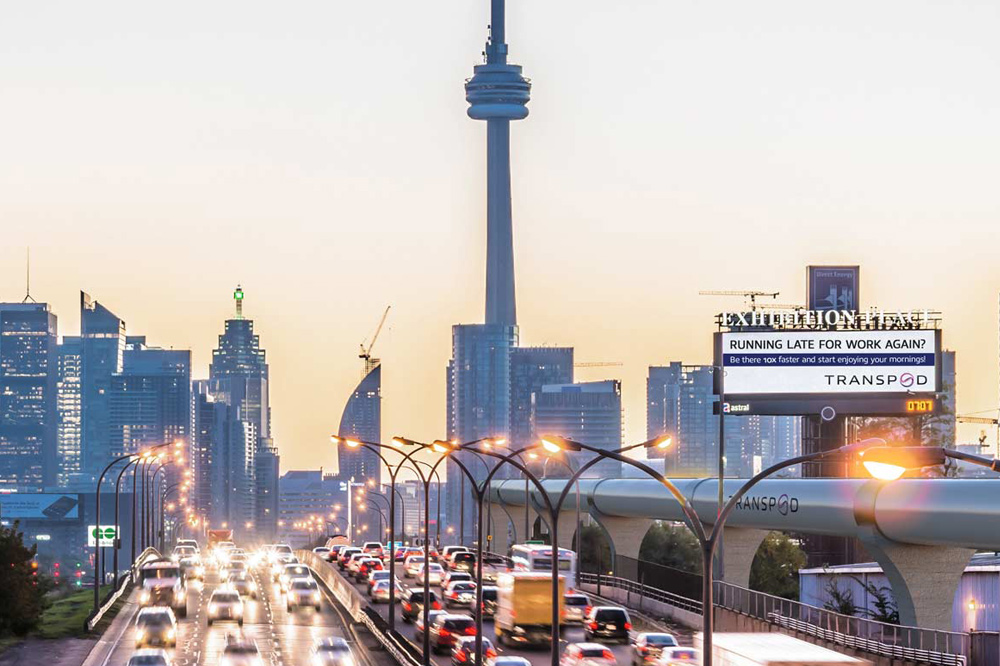 Taking From The Best Of Airlines And Rail

So far, the concept stations are city centre based multi-modal stations which passengers will be able to easily access. The idea is to be more accessible than airports, emulating how passengers move through rail or subway platforms.

We can expect Hyperloop to enter the market for moderate distance trips where optimum speeds can be reached and the cost of developing it becomes feasible.

Typically, a flight between Montreal and Toronto will take you just over an hour in flying time. That excludes time getting to the airport, check-in, boarding, take-off and landing, then getting out of the airport and into the city. Although cheaper, a train trip takes between five and six hours to do the same leg.

Now imagine this journey took just 45 minutes to complete from city centre to city centre, with on-demand connections along the route. The possibility of living in one metropolitan area and working in another becomes entirely feasible as distance and time barriers are eliminated.

Furthermore, Toronto based Transpod have estimated their ticket price to be $80 for this leg which is approximately $35 less than the comparable economy rail journey, and $120 less than a flight. 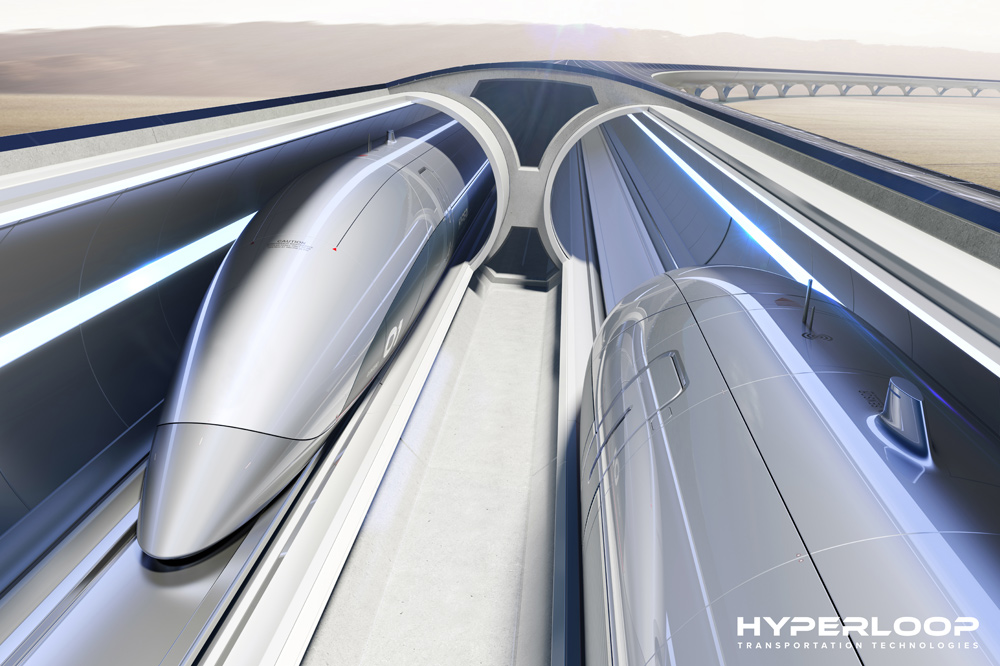 High Speed Plans To Move Us Into The Future

Hyperloop pods are expected to be able to reach speeds of up to 1,000 km/ph in the tube. That’s two to three times faster than high-speed trains. It’s also faster than a commercial airplane which typically cruises between 740 and 930 kph.

Services will be on-demand and direct. Pods will depart several times a minute and travel directly to their destination, unlike trains which follow a schedule and often have multiple stops along the way.

As Hyperloop doesn’t run on fossil fuels, the system will have a lower environmental impact. With zero carbon emissions, it’s a cleaner and more effective medium distance transport solution.

Where Will It Operate

This will depend on who sets up the system. Virgin Hyperloop One set up a global challenge to identify contenders and among the winners were routes between Montreal and Toronto, Bengaluru and Chennai, as well as Edinburgh and London among others. Hyperloop TT has plans for Dubai, and Transpod is considering routes between Edmonton and Calgary, and well as the possibility of France.

When Will The Technology Be In Action 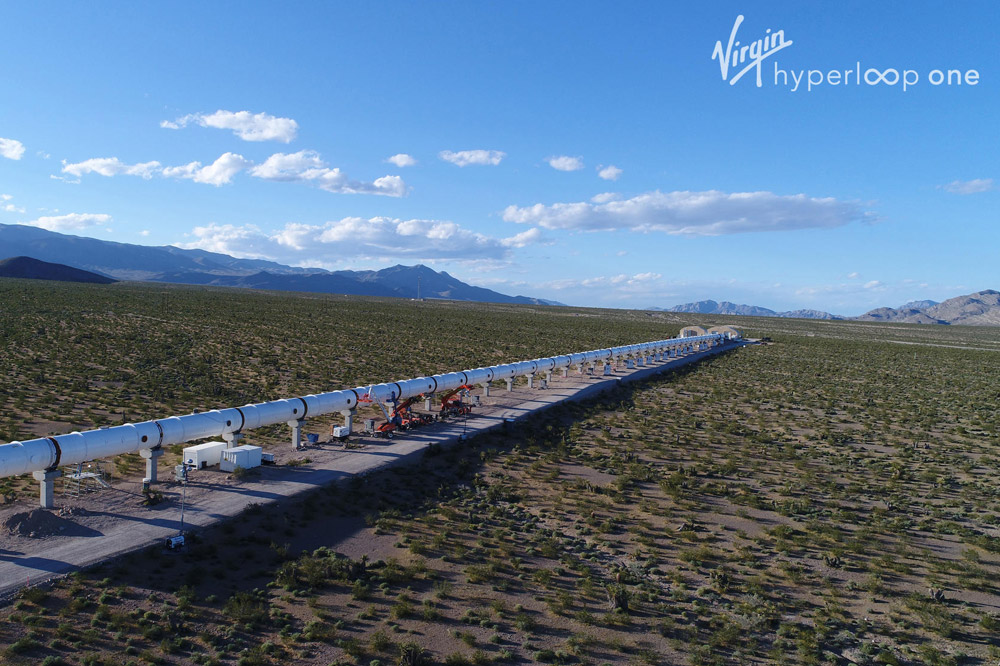 Initial projections by Virgin Hyperloop One had them hopeful that passengers and cargo would be enjoying high-speed travel in the mid-2020s. Meanwhile, Hyperloop TT has plans in the pipeline to begin construction on a commercial system in Dubai later this year.

The reality is that there’s still a lot of ground to be covered. Paperwork needs to be signed off by relevant governments, the final prototypes need to be qualified for safety and high-speed capabilities, land needs to be acquired and the environmental impact assessed, and the tube systems need to be built of course.

Taking that into account, we’re likely looking at the middle of the next decade for the plans to lift off. And even if they don’t transpire, the technology is being developed at a time when the transit industry is ready to make a change.

We’re innovating the transport industry too. Get the future updates by signing up for our newsletter now.