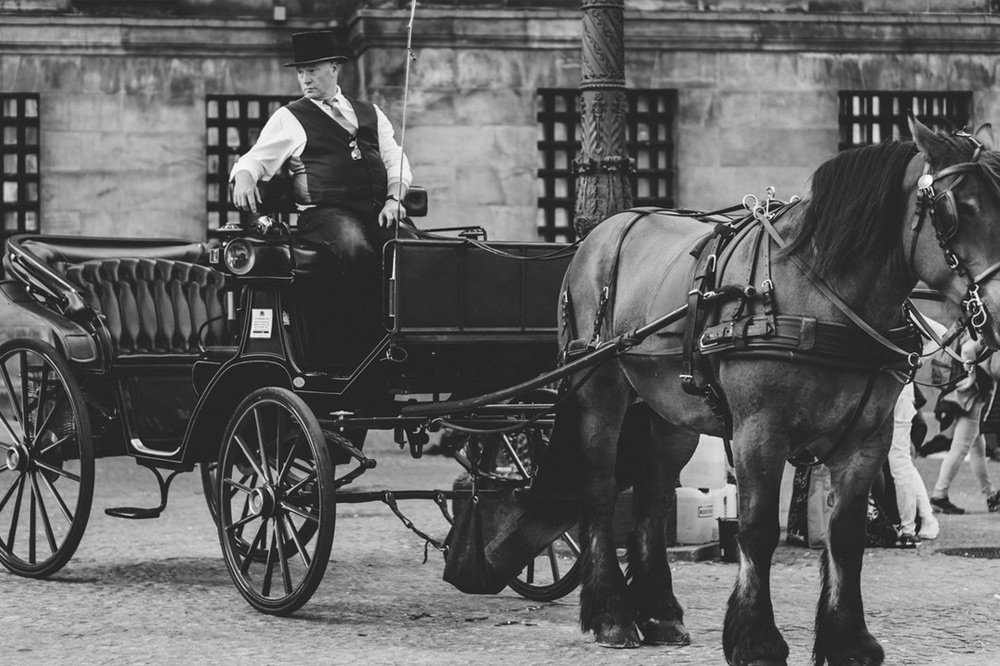 From simple beginnings driven by real horsepower, to today’s vision of sustainable electric powered buses, and onto the future of autonomous technology in the public transport system, the process of moving people from A to B has certainly seen some milestones over the years. Let’s take a look.

Public bus transportation can be traced back to 1662 when French mathematician, physicist, inventor and writer, Blaise Pascal, received funding to put his coaches on the road.

From their vantage point in a horse-drawn coach, noblemen and women could explore the streets of Paris for a small fare. The Carosses à Cinq Sous, as they were known, carried up to eight passengers at a time and followed a scheduled route.

By regulation, commoners were not permitted to ride, but nevertheless, the price tag was unaffordable for all but the wealthy. 15 years later the system was abandoned, and it would take another 150 years before public bus travel was attempted again. 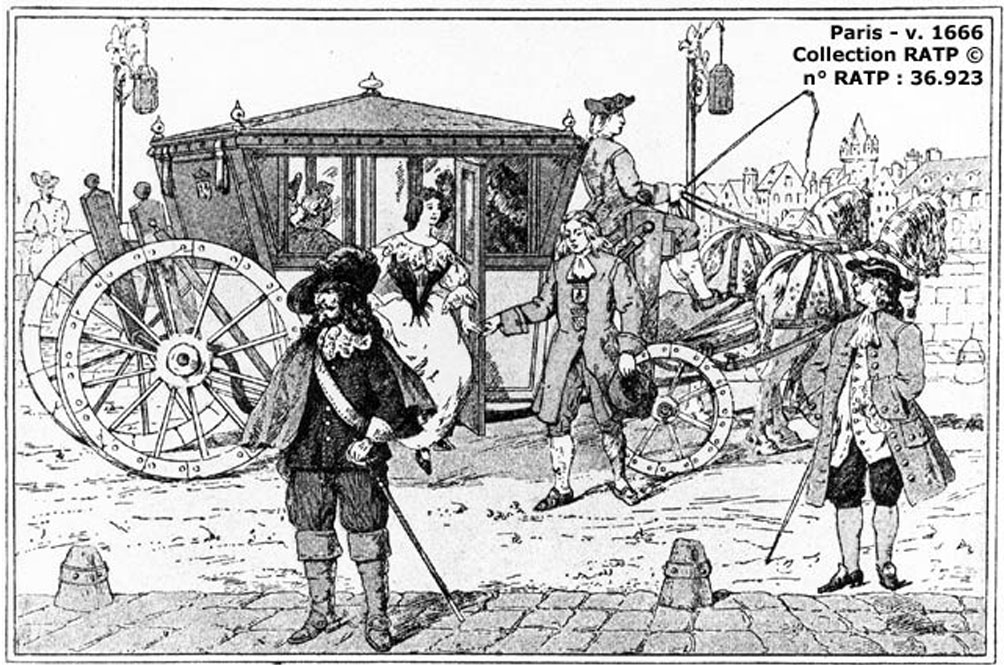 The next substantial step in the history of bus travel occurred in the early 1800s when the omnibus, another horse-drawn model, began operating in Manchester (1824). On its heels to adopt the bus was Paris, London, New York, as well as various other European cities.

One of the key differences which saw the idea take hold this time around, was that it wasn’t just the wealthy who would travel this way. It was now open to the public and it was more affordable. As a result, using the omnibus became a middle-ground between owning a carriage and having to walk the expanding city.

As these were now legitimate people carriers, the omnibus increased in size. Some featured two stories or open tops, and capacity-wise, the larger ones could take up to forty-two passengers pulled by three horses.

And how did the Omnibus, which today’s bus is a derivative of, get its name? Well, Omnibus (Latin meaning “for all”) claims its origin in the French town of Nantes.

Pre-Manchester, Stanislas Baudry decided to set up his own transport service to run people from Nantes town to his spa business. Along the route was a hatter shop belonging to a man named Omnès, and over time, the bus came to be known as Omnès Omnibus.

The name stuck, and those first models that began operating as transport systems in cities across Europe and the US continued to be called omnibuses despite their differences in design, location, and ownership. 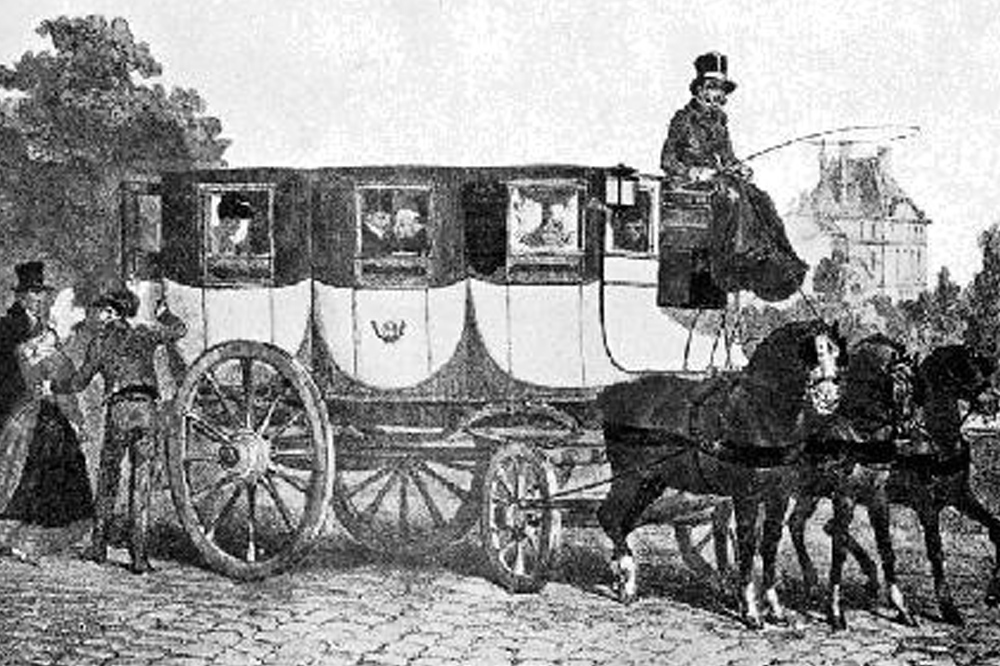 Uncomfortable passenger rides and unsafe conditions called for a change. In the US, the horsecar (sometimes referred to as horsebus) was the answer. Taking the coach idea and laying it onto rail tracks meant that passengers got a more comfortable ride and horses weren’t tired out as quickly.

Infrastructure expanded as tens of thousands of kilometres of railway for the horsecar was laid down. As a result, public transport as a service grew in popularity from that point.

Meanwhile, in England, things had been progressing too. They adopted steam-powered buses to run regular intercity services as they were much more reliable on unfavourable roads. Unfortunately, they were taxed highly on this, and by the 1860s, had all but shut down.

Electric trolley buses came into Europe around the same time as steam, but they didn’t see considerable traction until the 1880’s when Germany made some moves with the Electromote.

After a major horse influenza outbreak around the 1870s, the horsecar went on the decline. With all of the railway infrastructure in place, the cable car provided an answer as to what’s next. Andrew Smith Hallidie tested his cable car invention for the first time in San Francisco in 1873.

Originally steam powered and eventually electrical, the cable car system meant that horses no longer had to pull heavy loads up the hilly landscapes of San Francisco. However, these proved to be somewhat unsafe with snapping cable causing accidents, often on hillsides. The answer was another bus system that used the railway infrastructure – the streetcar.

The first streetcars appeared in the 1880s around the same time England and Germany were progressing with trolley buses. In both cases, overhead electrical cables were used to power large buses carrying passengers from the suburbs to city centers. 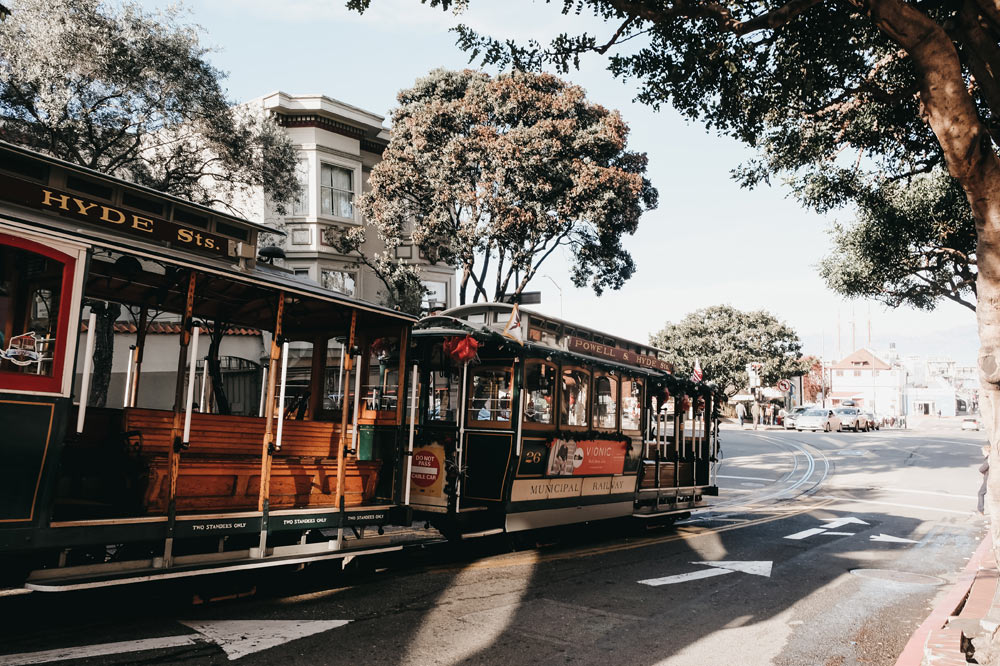 Advent of the Motor Engine

The invention of the internal combustion engine and motor-car gave rise to what we typically consider to be our modern day bus in the late 1800s.

Germany in 1895, and then Wales in 1898 were the first to pioneer commercial bus lines with a motor bus. Both were six passenger vehicles and unfortunately, highly unsuccessful.

London was a bit more successful with a double-decker bus service which launched in 1898. Twelve years later a double decker type went into mass production which saw it become a standard for the city going forward.

The US signed its own deal for bus mass production in 1923, with what is now the GM Truck and Coach Division company.

Of course, model design, safety improvements, and technology have continued to progress across the world since then and turned the bus transport industry into the people mover it is today. 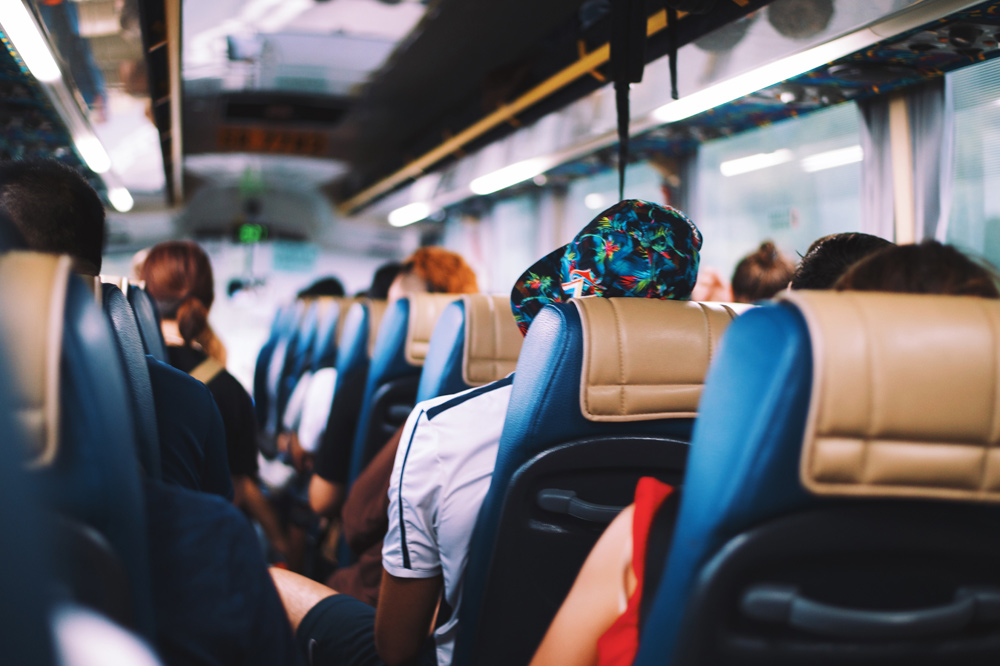 As you can see, bus transport has come a long way over the last few centuries. Still, they say that you have to learn walk before you can run (or ride in this case), and we are pretty sure that the horses will commend our efforts of getting to where we are today!

Want to find out how Betterez is shaping the future of bus transport, today? Request a demo of our innovative reservations platform.