As the head of North America’s largest motorcoach association, Peter Pantuso has grown the American Bus Association (ABA) to become the continent’s leading motorcoach, tour and travel association, representing 3,800 members and 65 percent of all motorcoach vehicles on the roads.

His contribution to the industry does not end there. Pantuso serves as President of the National Bus Traffic Association and of the ABA Foundation, and has grown the latter foundation to become a $6 million organization that provides much needed research to the industry.

We had the opportunity to sit down with Pantuso and uncover his insights on the state of the motorcoach industry, where it’s headed, its biggest threats, and much more! 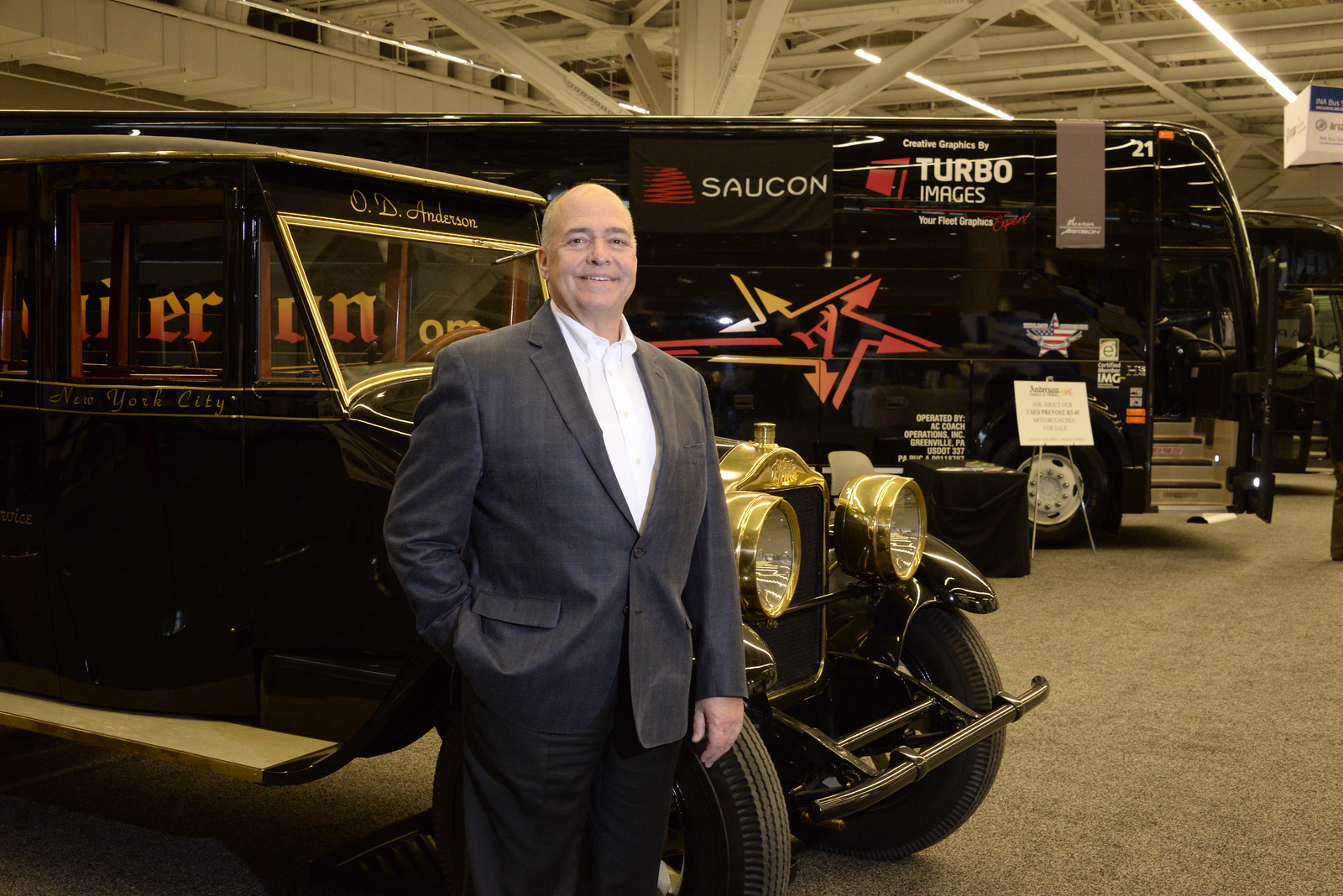 Q: As President & CEO, what exactly do you do?

My role is anything and everything! ABA has 15 people on staff, and it is a $7 million organization (not including affiliate groups).

This industry offers tremendous value as a transportation option. Sometimes, my role is about being a leader, sometimes it’s about being a shoulder, and its always about being the cheerleader for the industry.

The ABA’s mandate is focused on communication; being the industry spokesperson, supporting lobbying efforts on Capitol Hill, and building a community of operators. We are there for our members in times of crisis, offering the steady hand that operators can turn to; making sure the industry as a whole can respond to major challenges, and prepare for them.

Q: What do you find to be most challenging/rewarding about your role?

In the association world, there’s the term ‘servant-leader’.  While I am a leader at ABA, I am also a servant to this industry.

I truly enjoy helping other people and being a resource for them. Nothing makes me happier than when an operator has a challenge with a local regulation, or needs a better way to do business, and they come to ABA for help. Our organization is equipped to guide them and provide them with vital information so they can make better decisions.

The most challenging aspect in this sense, is not being able to help. There are things that are simply out of our control, like a particular government regulation, for example, that is hovering over the industry like a cloud.

Q: Where do you see the industry 5 years from today?

We’re going to be in an even better position. We’re seeing companies being sold from one generation to the other and also seeing a fair number of mergers and acquisitions. All of this is actually right sizing the industry.

20 years ago, there were many more companies in the business. Because of regulations, about 10 years ago it became much more difficult to enter. The cost of operating forced some people out of the business entirely. As a result of those tougher times, the businesses that remain today are stronger operations with a larger market share.

Urban centres are moving towards MaaS transportation. Consumers are looking to move from point A to point B in a convenient way. Vehicles will shift from diesel to electric to hydrogen over time. What’s not going to change is the fact that people still need to get around.

The roads are congested, and we need to start seeing more cars off the road which creates more opportunities to ride in coaches and in buses. The industry is moving towards MaaS. The technology makes it easier to move from mode to mode and a in a much more seamless process. This will help bring more people onto motorcoach vehicles.

Q: Reflecting back on the past year, what has been your most significant observation about the state of bus and coach travel?

This is an industry whose time is right. Many operators have done well over the past couple of years. I’m excited to see what’s going on as there are new opportunities and new levels of service. When I think about the sharing economy, we’ve been doing shared rides in this industry since the stagecoach days. We’re happy that people are starting to see motorcoach as a viable option. We’re in a position to grow going forward.

It’s not an industry without its challenges, however. As fuel prices hover in the $2 range, it encourages people to stay in their cars. We start to see people getting out of their cars when fuel prices are between $3-$4.

Q: What are the biggest threats to the industry?

The biggest threat is us – a lack of awareness and a lack of preparedness. It’s one of the key reasons we’ve put together the Busworld Academy. It’s truly a look at what’s happening in the industry and our effort to further educate operators.

We’re seeing city after city around the world starting to say they will ban diesel vehicles by 2020-2030. California has signed a pact to reduce the number of diesel vehicles. There have been 7 other states that agreed to 0% emissions. If there’s a sign at the city border that says, ‘no diesel vehicles’, what does an operator do?  If an operator is not even aware it’s on the horizon, how can the business prepare for it? 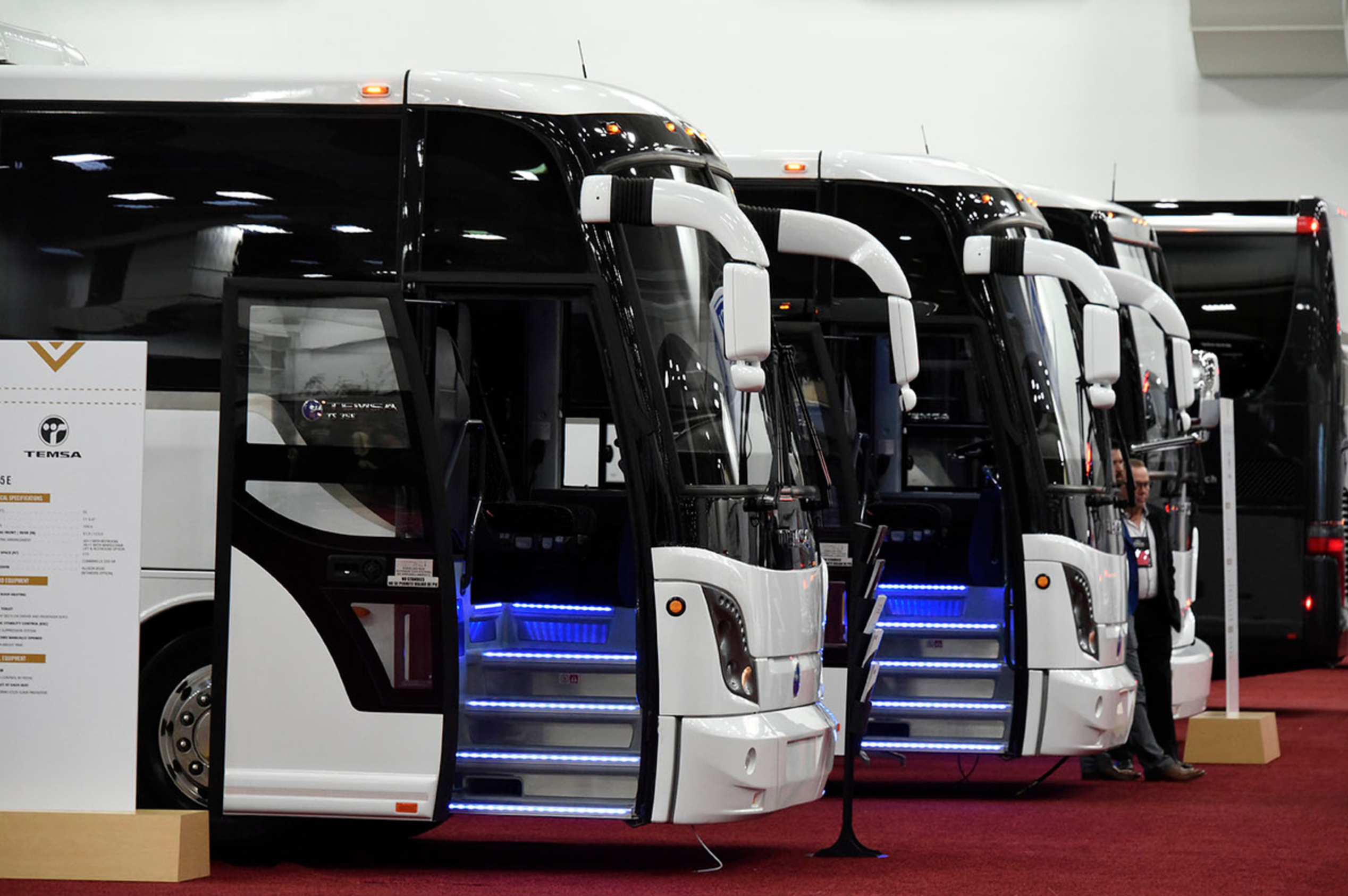 Q: What do you consider to be the most important transportation-related disruptive technology that has taken place recently?

Think of travel companies like Kayak and Wanderu, systems that allow you to go in and look at a multitude of schedules at one time. We’re starting to see it with some of the crowdsourcing that’s happening in bus and group travel. These are disruptors in a good way.

Companies like Flixbus, which I consider to be a tech company not a bus company, are not positive disruptors. Flixbus and others like it, change service and schedules but they do not necessarily increase travel. What it’s doing essentially is moving and shifting travel from one company to another. The genie is out of the bottle and these efforts are going to continue.

You have to think of the amazon model. Everyone wants what they want when they want it. That’s where we are with everything, transportation included. It’s a huge disruptor. How does the industry stay current with that kind of requirement from the customer? Are we as an industry prepared to respond to that? We’re not right now. But we will we be.

Q: Why is the industry not adopting technology as quickly as it needs to?

Part of it is because the industry is so divided and fragmented. There are many operators of different sizes. There is a perception that technology is not cheap. To invest in it requires a commitment.

On the other hand, technological innovations have helped operators significantly. From better understanding the cost of their business to knowing which coaches are serving them the best.

The customer is key here. You can have the best of everything but if you don’t have customers you don’t have anything. I know some operators that are very anti-broker. They feel that brokers take money away from them. In reality, such organizations exist because operators are not always able to connect directly with their customers. Technology can be a huge advantage in bridging this gap.

Q: What’s the best part of the next thing you’re doing?

I’m really excited about Busworld. It’s a massive bus conference that originated in Europe, and ABA is helping to bring it to North America in 2021.

Leading up to the event, we will be launching ABA’s first ever Busworld Academy in January 2020. It will feature 8 incredible sessions that are tailored to motorcoach industry leaders with speakers from all over the world talking about every way to connect.

It will also bring together the breadth of the transportation industry. I go back to when I started at the association 23 years ago. Most companies just operated one business whether it was a motorcoach company, a shuttle service, or a school bus business. Now, all of these services are being blending together, and a single company may offer it all.

The motorcoach industry will continue to evolve, and operators are looking at new ways to do business. I’m very optimistic about what the future will bring! 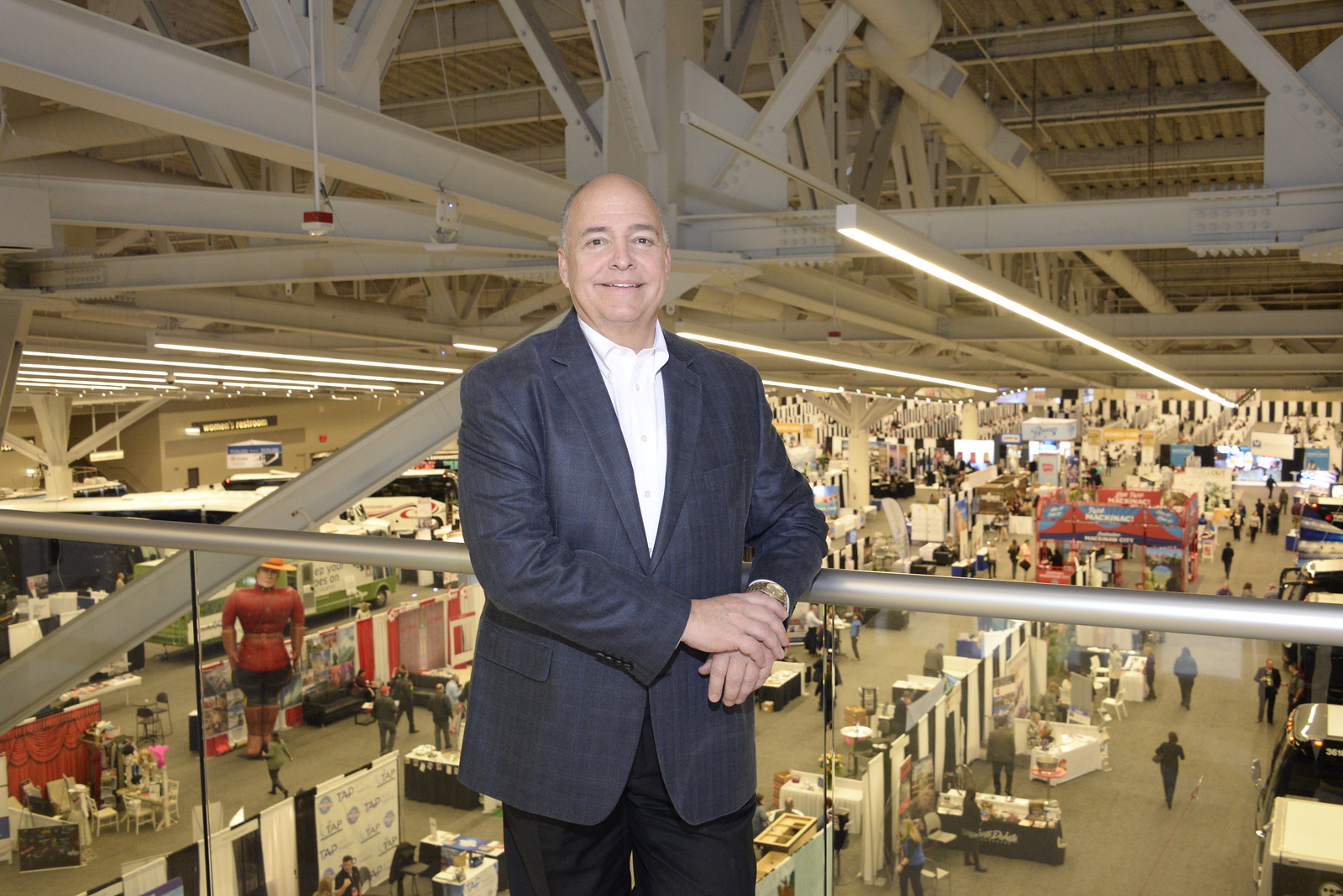 Don’t miss out on the next interview in our new series: In the Driver’s Seat. Subscribe to the Gazette and receive our newsletter delivered straight to your inbox!