The last decade has seen some major changes in how coach buses operate and are powered. Two major factors that spring to mind are autonomy and electrification. Although the concepts have been around for years, it’s only recently that they have been explored more extensively.

But with the shift from concept to reality, what does the future hold now that we have finally hit these milestones, even if they’re not necessarily mainstream yet? 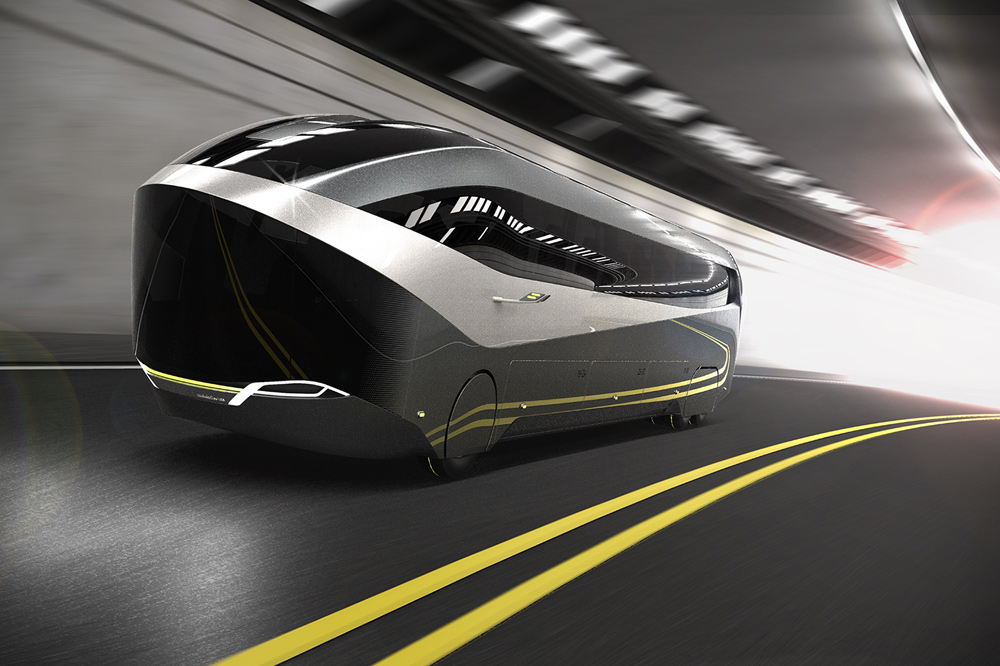 When it comes to public transport, luxury travel is often more typically associated with aeroplanes or trains. Cue the Neoplan Aero 24-7 coach bus. This futuristic vehicle has been designed to provide passengers with a luxury private jet experience. Noise-cancelling hoods and reclining chairs allow them to work, sleep or relax as they need to on a long-distance journey.

Another problem associated with bus travel is longer transit times between destinations. Looking to emulate the convenience of other modes of travel, the aerodynamic design and autonomous system means this coach can travel for 24 hours without needing to stop to refuel or change drivers.

The idea is to improve aerodynamics to ensure low fuel consumption, even when travelling at faster speeds. And thanks to the autonomous system, drivers can take a break while driving long distances. Overall, this coach aims to combine the best qualities of luxury air or rail, with the convenience of a bus.

Although the autonomous Mercedes Future Bus has done a test run in Amsterdam along a section of Europe’s BRT route, there are no plans for it to go into production. However, aspects of its interior design, as well as the CityPilot navigation system, could be used in various Daimler and Mercedes bus and coach models of the future.

Using cameras and radar systems, the bus safely undertook a 20km journey navigating traffic lights, avoiding obstacles such as pedestrians, stopping at bus stops, opening and closing doors to let people on, etc, without the intervention of a driver who was on standby.

The interior features an open plan design which according to Daimler, takes its inspiration from city squares and parks. Seats are arranged along the walls of the bus to optimize exterior views, and handrails branch upwards in a manner that resembles a tree.

Featuring a highly adaptable design, the engineers behind the Scania NXT plan to move more than just people in this concept bus. The front and rear drive modules of the vehicle can be fitted to either a bus body, distribution truck body, or refuse collector body, making it suitable for various purposes.

To address sustainability and limitations of heavy vehicles in cities, the NXT can be used to carry out parcel deliveries, or even collect refuse at off-peak times when it’s not running as a people carrier. The flexible design and modularized units mean that a single vehicle can perform more functions without adding to the growing congestion in cities. 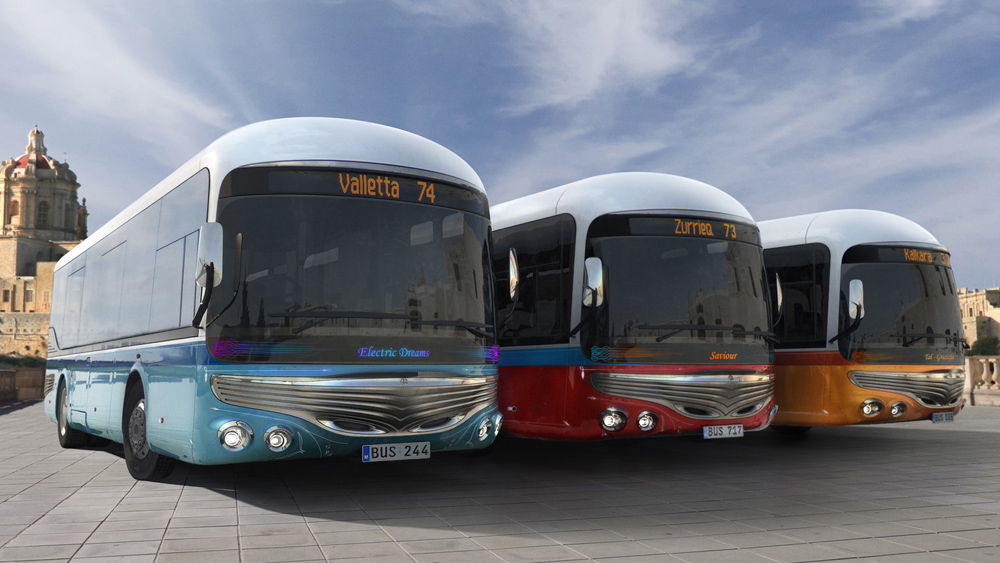 Over the years, the classic Malta bus came to be an icon of the country not only for the people who live there but also for visitors to the island. So in 2011 when the buses had to be retired from public transport due to a system restructure and failure to meet emission standards, many people considered it to be a loss of cultural heritage.

Feeling he’d lost part of his national identity, Maltese-British designer Jonathan Mizzi decided it was time to bring back the icon by designing a brand new Malta bus. Taking the much-loved features such as the cute hooded eyes, smiling chrome grill, and split-windscreen from the original buses, Mizzi designed a brand-new state of the art electric fleet concept. 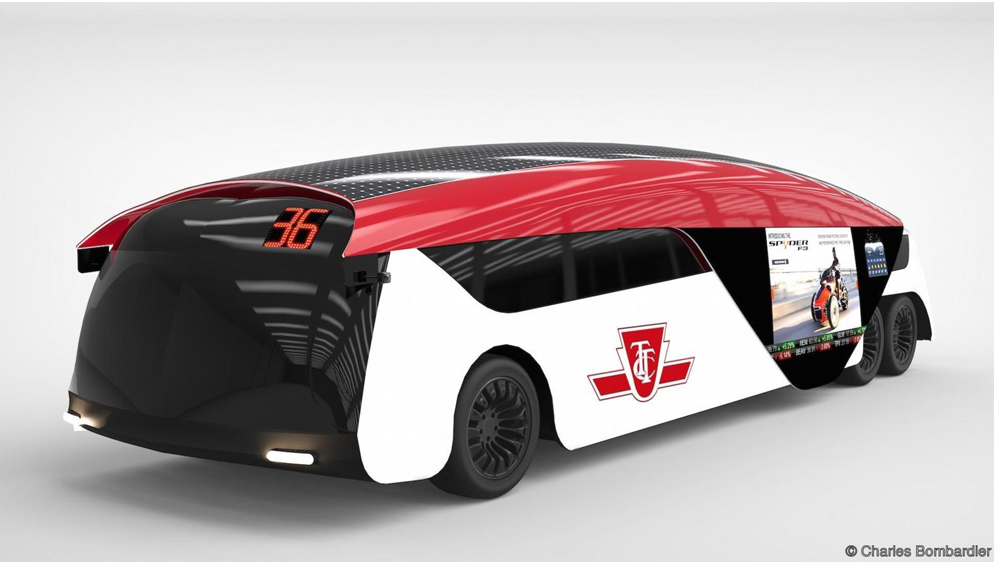 Very much a concept bus, the Xoupir (pronounced ‘super’) combines several already existing technologies to produce a super-charged, super-efficient bus of the future.

Charles Bombardier designed this bus to give us a taste of what intra-city travel could look like in the future. The bus features four wheel-drive and is powered by wireless electricity. It also has smart glass tinted windows and offers passengers free WiMax high-speed internet access as well as contactless payment options.

Although the technologies that power this bus are already existing, it’s not to say that implementing it would be easy. The bus relies on induction coils embedded into the ground to charge the electric motor and currently, no cities have this sort of major infrastructure.

While concepts are not without flaws or limitations, it’s ideas like these that inspire the way forward for the future of bus travel. However, considering the rates of technological and engineering advancement today, these could very well become reality sooner than we think.

Want to keep up the pace with coach and bus industry news? Sign up for our newsletter today.