Autonomous buses are here, and now they’re picking up passengers too. At this moment, driverless technology is steering passengers up a busy main street in Canada as well as moving faculty members across campus in a city in Finland.

Of course, this is not the case everywhere. Costs, safety standards, and government regulations vary from country to country, as do the buses and driverless technology available. Indications are that challenges largely rely on industry regulation at the moment, and until each region has this in place, it may still be a while before autonomy becomes a standard.

That being said, let’s take a look at some of the autonomous buses currently on the road, and the progress they’re making.

Autonomous Buses On The Road

Image from Ride with ELA – ELA

Canada’s first electric self-driving shuttle bus, ELA, can be found maneuvering a 1 km stretch in Beaumont, Alberta. Currently operating on a 6 month pilot program by Pacific Western Transportation (PWT) from May to October, ELA is part of the city’s economic development strategy.

The project has several goals. One is to position Alberta Transportation as an early adopter of technology in the industry in a bid to encourage commercial and industrial investment into the region. Another is to engage with the community and introduce ELA, which is manufactured by EasyMile, to the public.

For the time being, ELA is running passengers along a busy pedestrian route in its own dedicated traffic lane, parallel to the main road. Despite not having to interact with other traffic, it does have to navigate traffic lights, intersections, and pedestrians, as well as make a right turn. 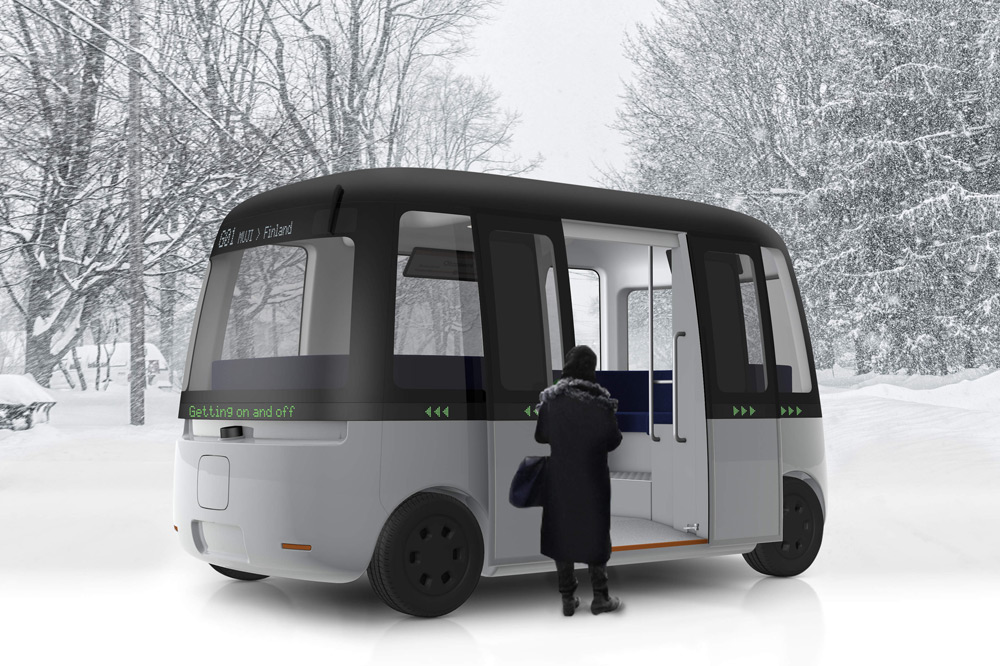 Up until now, one of the major issues with driver-less and autonomous technology has been its inability to operate in adverse weather conditions. The Gacha bus has changed this. The autonomous people carrier, which is now piloting in Finland, can successfully navigate in the heavy rain, fog and snow of artic Lapland.

On March 8,  of this year, Japanese brand Muji, in partnership with Finnish self-driving technology company Sensible4, put their 4.5 metre Gacha bus prototype on the road for its inaugural journey in Helsinki.

Today, it’s running on a pilot program in the city of Espoo, with plans to move into Hämeenlinna, Vantaa and Helsinki later in 2019. According to reports, the buses are being developed with the purpose of becoming part of the daily public transportation service by 2021.

In the meantime, students on Otaniemi campus will continue to pilot the program. Using the corresponding app, they can request a ride and track it in real-time right up to their doorstep.

The bus can accommodate up to 10 seated passengers, plus another 6 standing. It can reach a top speed of 40 km/hr and the electric motor has a range of 100 km.

March 2019 was a big month for autonomous technology. In Singapore, the Nanyang Technological University (NTU) began testing their technology on the world’s first full-size autonomous bus in partnership with Volvo.

The 12 metre electric Volvo AB 7900, is going to be the company’s first to serve as public transport. It’s fitted with 36 seats, can carry up to 80 passengers, produces zero emissions, and requires 80% less energy to run than a diesel-powered bus of the same size.

For now, the bus is being tested and then will run on a pilot program at the campus. A second 7900 is being tested at a bus depot by Singapore’s public transport provider, SMRT. By 2022 the city-state hopes to be using the buses for scheduled services in three residential areas during off-peak hours.

Buses and Technology in Testing

Although we have discussed autonomous buses currently on the road, there are others in various phases of testing as well.

At the end of 2018, a year-long pilot project which had an autonomous bus carrying passengers along a busy stretch of Fremont Street, Las Vegas, came to an end. Then, just recently Stagecoach began testing the UK’s first full-sized autonomous bus at their depot in Manchester.

China has also tested an autonomous bus made by manufacturer Yutong, as have various technology companies in Japan with buses provided by Advanced Smart Mobility. Not to mention Olli, which is ready to be put to work too. 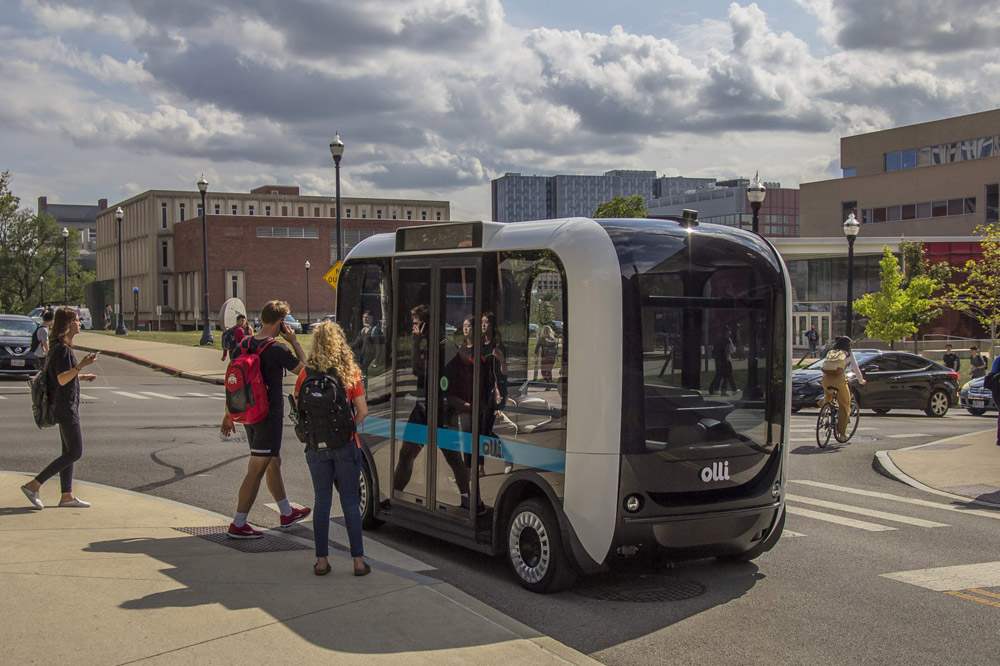 While appropriate governance strategies are being put into place in some countries, others are making big steps towards turning the technology into a commercially viable mode of public transport. It’s certainly no longer a question of whether autonomous buses will become a reality. Instead, when will they be able to provide the public transit solutions we’re looking for?

For more of the latest bus and coach industry news, sign up for our newsletter today.